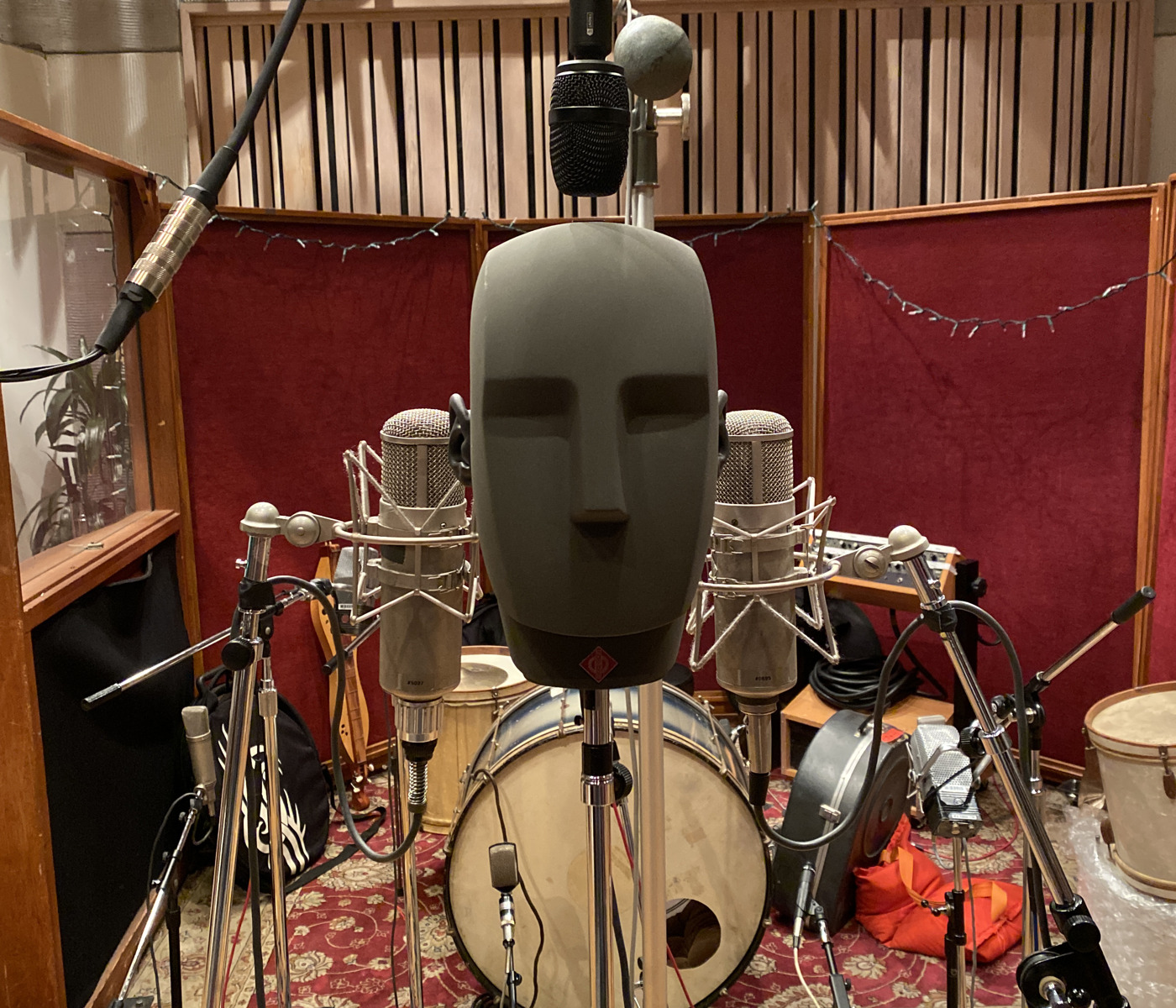 Los Angeles – Michael Marquart’s previous concept album The Savior, released in 2019 under his project nom de plume A Bad Think, captured a Grammy nomination for Best Immersive Audio Album as well as broad critical acclaim. Having had a ‘taste of what is possible’ with immersive audio production on The Savior, his most recent album, Lifelike, sees the artist pushing the boundaries of immersive audio even further.

Setting the stage for AMBEO and immersive audio

Early in 2020, Marquart booked a session in Studio D of Los Angeles’ legendary Henson Studios, with engineer Dave Way at the helm of an SSL 4072G+ series console, to begin tracking on Lifelike. “I thought, ‘how far can we push this, and what if on this album we start at the ground level in a 3D environment — using the Neumann KU 100 the AMBEO Mic?” says Marquart. He recalls listening to an object-based mixing demonstration at a NAMM show a few years ago: “I thought, if the listener could hear things like this it would be great. Music can become stale, and this was exciting; so that’s where I wanted to go with all this. The things I wanted to do with immersive music have never been done before.”

The basic tracks of Lifelike involved no less than three drum sets, set up in a half-moon position. “Depending on which track we were recording, we would use one or two of the drum kits to meet the flavor of the song,” Marquart explains. Both the Neumann KU 100 binaural head and the Sennheiser AMBEO VR Mic were set up in the middle of the room, with the KU 100 pointed towards the ‘primary’ drum set, located in the middle of the half-moon.

Capturing a 3D space with Sennheiser and Neumann

In addition to the KU 100, several other Sennheiser and Neumann mics were used during basic tracks, including a Neumann U 47 FET large diaphragm condenser on the kick drum and several Sennheiser MD 421 II dynamic microphones on the toms. Additionally, a matched pair of vintage U 47 tube mics were used flanking each ‘ear microphone’ of the KU 100. “Neumann mics are the best, so we had them on practically everything!” Marquart enthuses. By recording in 3D at the outset, Marquart’s team was able to create a spatially accurate aural rendering of each song as it was being tracked, rather than depending solely on mixing to create an immersive experience.

“Back in the day, you could record stuff in a traditional way and then do an Atmos or Surround mix or something, but now we are recording this three-dimensional space – not just mixing,” says Marquart. Some of the new tunes feature King Crimson drummer Jeremy Stacey, who was drawn to the 3D mics, walking in circles around them and contributing percussion parts: “He was banging on this, banging on that. It really sounded cool, because it was like the sounds were coming out of nowhere,” says Marquart. “Next to the KU 100, we had a matched pair of two vintage Neumann U 47s.”

While the KU 100 and AMBEO VR Mic were used primarily on the drums to make each track sound larger than life, the production team also used them on guitars. “We used the Neumann KU 100 and AMBEO Mic on every guitar track, except for mine. They were set up more or less as room mics to capture the space,” says Marquart. Lead guitars on Lifelike were handled by Fernando Perdomo and Kirk Hellie, “[Fernando and Kirk] are out-of-the-box players and so good at what they do, that there is all the room in the world for them. I do my guitar parts, and then leave them plenty of room for them to play,” he adds.

Marquart’s acoustic guitar overdubs were recorded at his own personal studio using a vintage Neumann U 47 tube microphone set in the omni position, located about 3-1/2’ away from the guitar.

Mixing and mastering a masterpiece of innovation

Bob Clearmountain handled the stereo and 5.1 mixes, while Steve Genewick and Dave Way handled the Dolby Atmos mixes at Los Angeles’ Capitol Studios. All the final mixes were mastered by Bob Ludwig of Gateway Mastering Studios. “Working with people I trust takes all the pressure off,” says Marquart. The Blu-Ray release will include all these mixes, along with a 22 minute documentary highlighting the making of the record.

Artistically, Lifelike is a very natural and comfortable record, while employing the most sophisticated and challenging audio techniques. “I am trying to push the technology and do things that haven’t been done before for the listener,” Marquart says. In so doing, he is trailblazing new frontiers of what is possible for many more artists.

Lifelike will be available on TIDAL and is also available for Atmos download at ImmersiveAudioAlbum.com. Further, there will be a virtual live stream event forthcoming, date to be announced.

The high-resolution images accompanying this press release can be downloaded here.